How I Survived A White Christmas 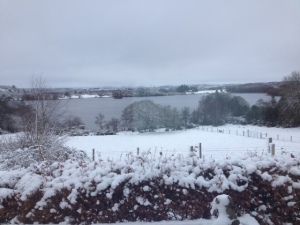 In early December I read a newspaper article about how to survive Christmas. It ended by giving the phone numbers of Childline; Alcoholics Anonymous and debt management helplines. Christmas is not a not happy time for many people.

I don’t really get Christmas. And I don’t really do Christmas either.  All that pogging out on food and drink, consuming everything the Earth has to offer. No, that’s not my way to celebrate. And anyway, I get the feeling that the Earth doesn’t actually offer us most of it, – we just take it:

The turkey’s life, the parties, the tree, the tinsel, the holly berries, the lights, the new jumper we don’t need.

I thought Christ’s message was all about peace and love and goodwill to all and reaching out to the poor. Where does shopping fit into that?

I find it so depressing to see crowds of people pouring through the streets the few days before Christmas, rushing about desperately trying to buy up the world, – keeping the rich richer and the poor poorer. We already know it’s costing the Earth. Every single piece of tat or frilly bit of tinsel comes from the Mother. Inescapable fact. 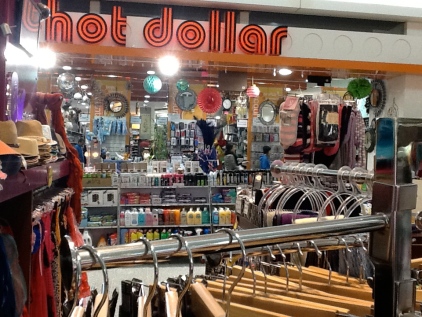 Is it for this kind of stuff that we are pulling the Earth to bits?.

And none of it brings us peace, equality, compassion or justice for all. The real big things that we all hunger for are left unaccomplished. (Or are you still thinking those are things that Governments will solve?)

So you can imagine my excitement when I discovered something I could buy that actually gave joy and also a little bit of equality and goodwill. What was it? ….

It was a receipt. Yep, a receipt! And it gave me a tiny glimpse of what is now possible as more and more people discover this probably most obvious but brilliant gift idea. It was the best Christmas present I have ever given myself. And this is what I’ll be giving and hopefully getting (listen up friends and family!!) next year.

Here’s what happened: As a gift for myself I spent $50 on Hope for Health. I heard about it on Twitter. Basically it was a crowdfunding project on Start Some Good, led by Dianne Biritjalawuy, a Yolnu woman from north-eastern Australia and her friend and co-worker Kama Trudgen.

Their aim was to raise enough money to bring a group of  Yolnu women to a health education centre in Brisbane to learn about healthy eating, combining dominant culture foods with their own traditional foods. (Poor health caused by mis-information or no information, about dominant culture foods is a terrifyingly serious problem for the Yolnu people, – and by association, for all of us).

So when I opened my emails on 12th December there was a receipt from my credit card company telling me my account had been debited by $50 from Start Some Good. I let out a scream of delight and ran around the house shouting “Yippeee! We did it!!”, because I knew then that Hope for Health had reached their target.

And sure enough, the next email I opened was from a very excited Kama Trudgen telling the 377 people and organisations who helped fund the project that the target was met. “We are standing together. This is so beautiful. This is so powerful. Thankyou for being part of this!” says Kama.

How magic that I can sit in my little study, tapping away on my computer and be part of a brilliant project, such as this one, happening in my country of birth on the other side of the planet.

THANK YOU Dianne and Kama for creating such an amazing opportunity for me. Without the likes of you two taking action, I would be floundering around lamenting how the world is in a total mess and how powerless I am to do anything about it. I’d probably be watching people shopping away the Earth and getting even more depressed.

The backdrop to Dianne Biritjalawuy and Kama Trudgen is Why Warriors. And behind Why Warriors is the book written by Kama’s father-in-law, Why Warriors Lie Down And Die by Richard Trudgen.

If you love Aboriginal people, – and what white Australian person doesn’t?? – then please read this book and get yourself informed. It will help you to heal yourself of the 220 year old myth of ‘the-problem-with-the-Aboriginal-people’ syndrome and it will move the reader towards a new dawn of understanding about our blindness towards the First Nations peoples of Australia that has resulted in such devastation and misery that is still being played out.

And that’s the other way I survived a white Christmas this year. I delved a bit deeper into white racism, where I got it from and how to heal myself of it by reading What Does It Mean To Be White by Robin DiAngelo.

Unlearning a lifetime of racist, colonial thinking will take more than just reading two very good books. But it’s a start. And it got me through a white Christmas, even though it didn’t snow 😉 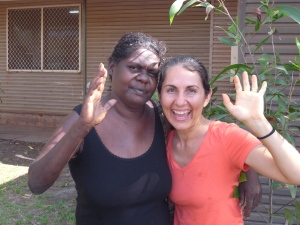