The Problem With the White Australian People

One Sunday afternoon in November I happened to notice a listing at the Irish Film Institute (IFI) that the latest documentary film by John Pilger was being screened in Dublin the next day. What caught my eye was a promo photo for the film of the strikingly dignified face of an Aboriginal Australian man with Uluru (Ayers Rock) in the background. I cancelled my previous plans and caught the train to Dublin the next morning to see Pilgers documentary, Utopia. That evening, on the two hour train journey back home, some of the hard images from the film played over again through my mind.  An historical image of row after row of Australia’s first people in chains; current day footage of people living in terrible poverty and neglect; the interviews and then the graves of a gentle, heart-broken couple who waited a life time for answers and justice after their son was brutally murdered. On it goes. A young man being repeatedly kicked by police while in police custody, who later died because of his injuries, like so many before him. In ‘my’ country. And for me, the stomach-turning vox pop interviews on Invasion Day/Australia Day in Sydney of whitefellas reacting to the question as to why they thought Australia Day had been designated as a day of mourning for the Aboriginal Australians. A middle aged, well dressed lady explaining to camera that ‘the problem with the Aboriginal people is that they need to learn to be like us’. And the big, strong looking man who, upon hearing the question, started to walk away in disgust, but turned then and with hardened expression shouted angrily ‘That’s all just bullshit!’ It served as a stark reminder of why, at 25 years of age, I chose to leave my country. But one line from an interview Pilger did with a man at the Australian National University keeps playing over and over in my mind since seeing Utopia. When Pilger asked him what it would take to change the desperate situation for what he described as the ‘poorest people on earth’, he answered without hesitation  “I think it will take international intervention.” The idea was extraordinary for me to hear. It excited my mind with the potential it carried. That the ‘lucky country’, one of the wealthiest countries in the world, needs international intervention to help poverty stricken, abandoned and forgotten Australian people. The point he made rang true. After decades and decades of nothing changing, I could see that it was a brilliant idea. Because obviously it’s not a question of money.  There must surely be more ways in which change can be brought about. By people, not by money or by governments or by new regulations, – to address the discrimination and cruelty that continues in the country of my birth. On the train back  home I wondered if there is some part I can play in helping to make that happen somehow. And I’m still wondering about it every day, with ideas flicking around my crowded little head. When I left that country in 1979, I thought the problem of us white Australians was too immense to even attempt to change anything. I thought the ‘blackfella’ had been scrubbed out, and would never recover. Voting with my feet seemed like the only thing I could do, looking back. But now there’s Bill Gamage’s epic work in The Biggest Estate on Earth; there’s The First Australians  documentary by Rachel Perkins; Boori Pryer and Meme McDonald’s writings; Uncle Max Dulumunmun Harrisons vital work of bringing people back to country and his book My People Dreaming; Germaine Greer’s work ‘Whitefella Jump Up”; Kate Grenville’s ‘The Lieutenant and ‘The Secret River“. There’s a whole world of positive work to be found online now too, by individual bloggers, organisations, voluntary groups, who are literally shaping a new vision for Australia. And I want to be a part of that, even at 12,000 miles away. Utopia coincides with a writing project I’m well into which I’ve titled “On Being White Australian”. It is a way for me to explore for myself what being born in Australia means for a white, or European person. It’s also a chance to honour the blackfellas who managed their country sustainably for over 50,000 years, not losing a single species in the process and thriving as no other race of people have ever done for that length of time. Their descendants have somehow continued. They are surviving and in many ways thriving. And in many ways not thriving, too. Go and see Utopia if you can. It’s not entertainment. It’s a harrowing and disturbing documentary film. I came away full of hope that it will help create change out there in my birth country, but it’ll only do that if it’s seen. I have huge relief and gratitude that the unspeakable horrors of Australia’s black history are at last being spoken about, loudly. 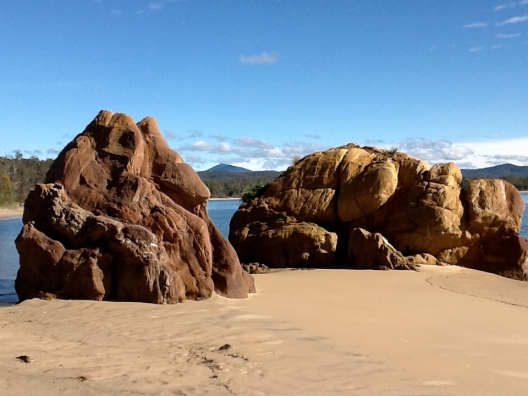 One thought on “The Problem With the White Australian People”